Sleep. We love it. Yet with the rush of society and hours filled with business we don’t get enough sleep. It is only fair to pull up a subway floor or a hidden shelf to try to squeeze in some shut-eye.  You have to give it to humans for being the creative sort. No surface is exempt from the possibility it can be used to accommodate the body. If that don’t work well, then sitting with the head bobbing down works just as well.

It is inevitable. A sleep-deprived soul is going to look at their desk and see pillows. An exhausted worker will surrender to a platform resembling a bed. Airports are notorious for the sea of stoic, open-mouth expressions drawn on the faces of weary travelers.

People are extremely imaginative when they need to catch a quick nap. At one time or another, we have all fallen off into a needed doze. Take a look at how wonderful our world is with the strangest places people sleep. 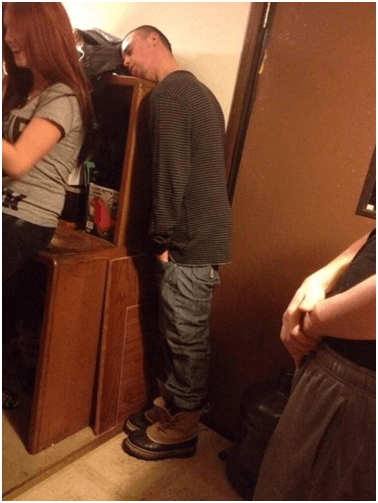 This is probably not the best way to mingle at a party. College can be a hard road, and sleep deprivation is one of the primary reasons students fail. So next time you have to do double time on the social circuit, make sure you get that golden nap in first. Computer desks work well too. 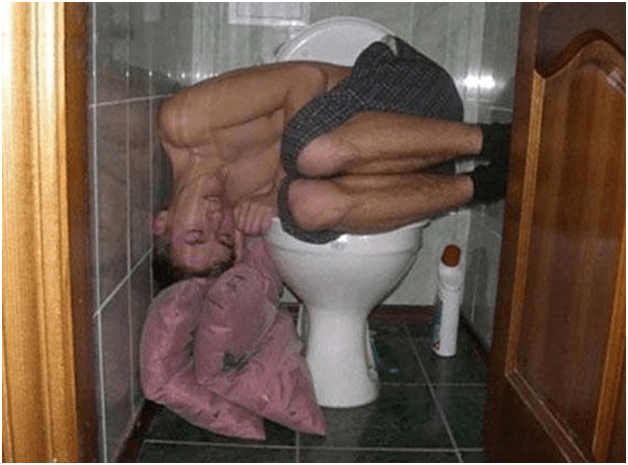 How many times have people slept in their bathrooms? More times than ever is admitted. Alcohol can be the primary culprit of “I can’t get to bed syndrome” leaving a person at the mercy of unfavorable circumstances and awkward positions, only to be reminded the next day by the impromptu photo.

A library, the soothing quiet is a wanted lullaby and the empty shelves are the harvester of tired bodies. Power naps help an overworked mind. A library can be an ideal refuge from the antics of a stressful world. Nothing says home more than the gentle hugging of textbooks. 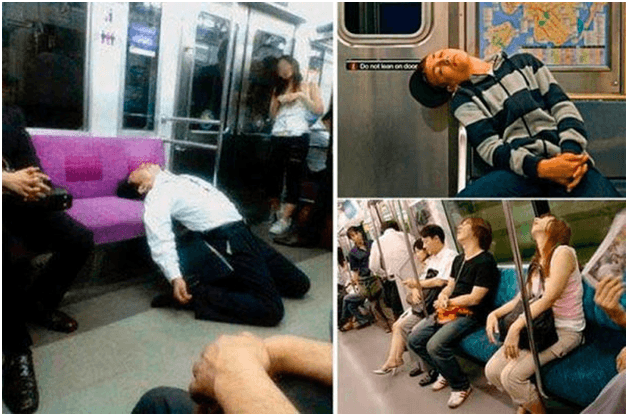 Lest we not forget the magic of sleep yoga performed on public transportation. Subways, buses, taxis are all beds in disguise. People spend hours daily commuting, leaving the necessity of quality sleep far behind at home.

For the most sleep-deprived it is possible to perceive a large tire as a pillow top mattress. With a little creativity, hunkering under a metal canopy can be the equivalent of childhood contortions into la-la land. 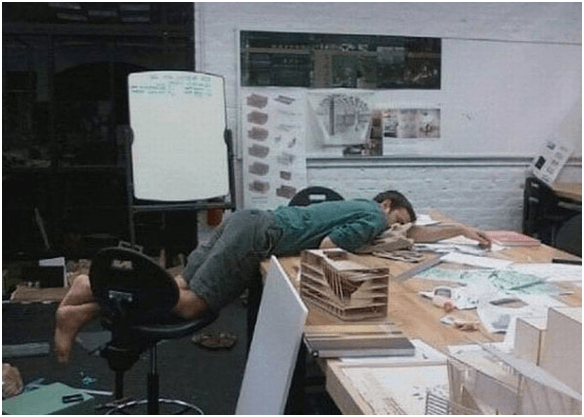 Oh how humans commit to work, often neglecting their privilege to get a good night’s sleep. Hours given to a time clock and pressures mean ‘all work and no sleep makes Jack a dull boy’. 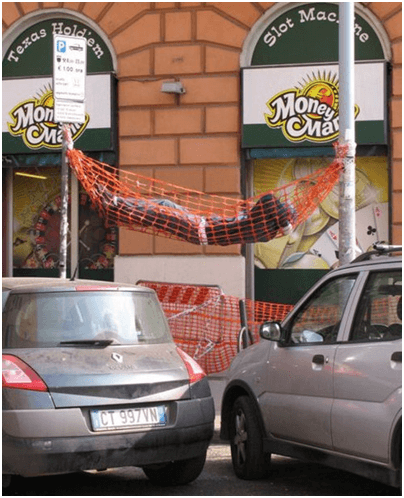 With exception to this guy, who obviously has figured out how to take relaxation to the next level? He is the rebel, the employee who packs a hammock with his lunch. We can only hope this becomes the gold standard for all work breaks. 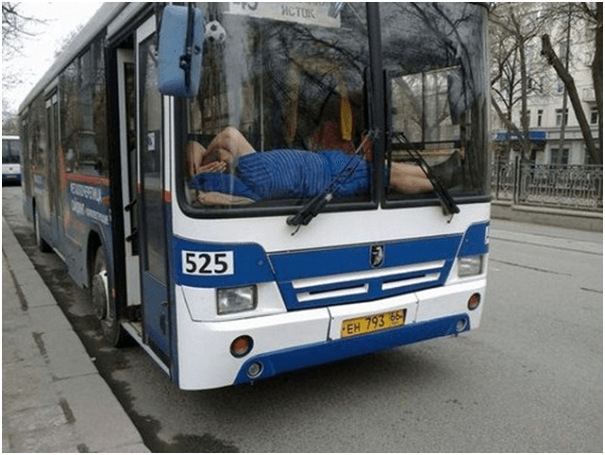 Nothing says ‘bed’ more than the willing dashboard on the city bus. How many times has he driven with wandering eyes to long for the bed that awaits him and lovingly whispers his name? 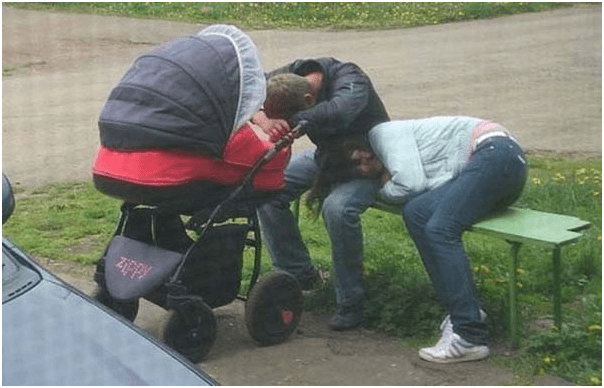 Parenting. There is no such thing as sleep or hot meals until the child is eighteen. It is a game of ‘grab and go’ rest stops between. When the baby sleeps, the parents sleep even if it means dropping a few Z’s on the nearest bench. 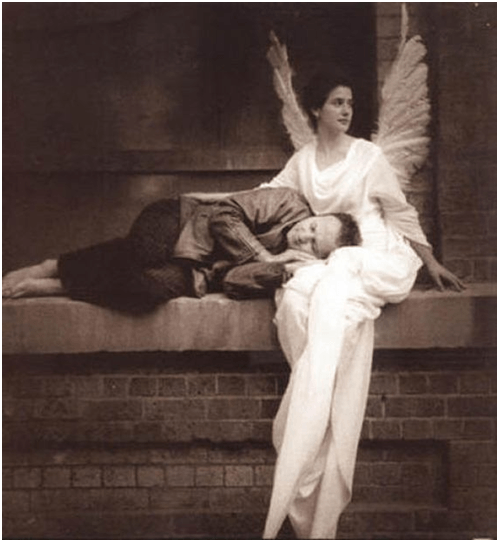 And finally, there is nothing wrong with the occasional nap in the arms of an angel. This soothing embrace is the winner-take-all in a human quest for a much needed rest. People have proven that when you are exhausted and sleep-deprived anything in the world is up for grabs as a sleeping platform. It is absolutely vital and necessary, but the wings…are optional.

*All images compliments of Imgur

I’m a semi-retired part-time personal assistant. More importantly I’m a luxury bedding hedonist and bargain shopper extraordinaire. Always searching for bargains on the highest quality luxury comforters, pillows, and bedding accessories. In my spare time I write this blog and do research online.