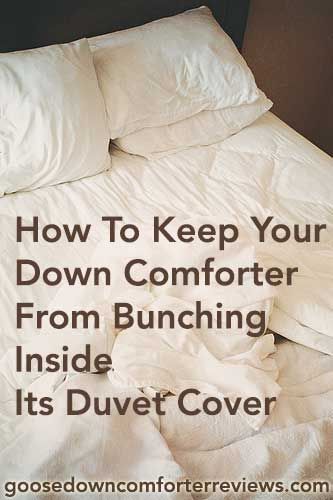 Help! My Comforter Keeps Bunching And Sliding To One Corner

This is a problem that used to drive me crazy.

Every morning I would wake up with my comforter bunched up on one side inside the duvet cover. The other side of the duvet cover would just be two thin sheets with nothing in between.

Of course my boyfriend would be the one with the comforter while I ended up with nothing but a duvet cover!

This problem is not caused by a large duvet cover.

Nor is it caused by too much movement.

The bunching just happens naturally unless you take some very simple steps to stop the comforter from moving around.

If you’re sick of having to climb inside your duvet cover to fetch your bunched up comforter, keep reading.

Here are 3 easy ways to keep your comforter smooth and in place inside any type of comforter cover.